The Bronze Age, Detroit, and the History of Welding

The Bronze Age, Detroit, and the History of Welding

It’s crazy to imagine a working trade dating back to 5,000-plus years ago, but that’s the case for welding. Between the Bronze age, Detroit, and the history of welding, you will see where it started and the constant innovations that followed.

Where It All Started

The art of welding dates back to approximately 3000 BC, when humans started using bronze. The earliest known instances of welding are little golden containers dating back to the Bronze Age, which was between 3300-1220 BC. Archaeologists have unearthed jewelry, eating utensils, and weaponry from this historical period. In 3000 BC, Egyptians employed charcoal to pressure-weld swords, whereas in 1500 BC, iron smelting became more prevalent.

Around the Iron Age, historians discovered artifacts and weaponry. For millennia, people have been using several metal materials like bronze, silver, and gold. Eventually, individuals started welding steel over these metals.

In 1836, Englishman Edmund Davy earned the credit for discovering acetylene. Sir Humphry Davy got the recognition for employing a battery to produce an arc among two carbon electrodes around 1800. Gas welding and cutting began in the late 1800s. Resistance welding became a reality, joining technology with carbon and metal arc welding development.

In 1881, Frenchman Auguste De Meritens applied arc heat to make storage batteries by uniting lead plates. His Russian student, Nikolai N. Benardos, earned a welding patent. In 1885, he and one of his peers, Stanislaus Olszewski, obtained an American and British patent. Receiving these patents is how carbon arc welding began. Carbon arc welding rose to prominence towards the end of the 19th century.

The arc welding technique was the first by melting metal with an electrode that transported across the arc to create the weld. It wasn’t until 1890 that Detroit native C.L. Coffin received the initial US patent for an arc welding with a metal electrode. Around the same time, N.G. Slavianoff proposed the identical notion of transporting metal over an arc, although he wanted to use metal for a mold.

Around the start of the 20th century, Swede Oscar Kjellberg took things to the next level by creating a coated electrode. Kjellberg created these stick electrodes with thick silicate and carbonate solutions by sinking bare iron wire into them.

While Kjellberg was working on stick electrodes, many others were finding additional methods for welding. Elihu Thompson worked on resistance welding, receiving patents between 1885 and 1900. Additionally, in Germany, Hans Goldschmidt tried thermite welding in 1903. This form of welding was useful for making railroad rails.

The advancement of welding and cutting was aided by the manufacture of oxygen and, subsequently, the liquefying of air, as well as the advent of a blowtorch in the late 1890s. Innovators were also working on gas welding and cutting during this same period. In 1900, a torch incorporated Davy’s acetylene with low pressure to make gas welding even easier.

There was a significant need for weapons manufacture during World War I, and welding was put to use. Several firms sprung up in America and Europe to create welding equipment and electrodes to satisfy the needs.

Because of how vital the welding industry was to the war efforts, Avery Adams established the American Welding Society as a not-for-profit organization committed to promoting welding and related processes.

The welding game changed forever in 1920 with the introduction of automatic welding. It employed plain electrode wire powered by a direct current and regulated the feed rate based on arc voltage. General Electric Company was behind the creation of automatic welding, as it was more effective for repairing damaged motor shafts and old crane wheels. The automotive sector started to dip its toes in automated welding to make rear axle housings.

Also, during this time, there was the production of many welding electrodes. There was a great debate on which electrode was superior between the heavy and light-coated versions.

The stud welding technique started at the New York Navy Yard to fasten wood decking to a metal surface. Stud welding gained popularity in the shipbuilding and construction sectors.

The automated procedure that gained popularity was immersed arc welding. The National Tube Company invented buried arc welding for a pipe factory in McKeesport, Pennsylvania. It was meant to create the pipe’s longitudinal seams.

A decade later, gas tungsten arc welding began with Coffin’s idea of welding with nonoxidizing gas. This method is perfect for welding magnesium, aluminum, and stainless steel. Linde air altered and mastered this GTAW welding with the invention of the water-cooled torch.

Heading into the 1950s, welders were experimenting with carbon dioxide. The CO2 welding procedure acquired instant popularity since it employed equipment designed for inert gas metal arc welding, but could now be used to inexpensively weld steels. The CO2 arc is hot; therefore, the bigger electrode wires need higher currents.

Welding has dramatically improved precision, speed, and efficiency through thousands of years of technological and practical advancements. New research is continually advancing these welding techniques in the nuclear, space, transportation, and shipbuilding sectors.

Modern welding processes have been developed to improve performance based on safety and products. Modern inspection procedures have remedied flaws or inconsistencies, establishing a benchmark for safety and quality.

There are a variety of certifications and licenses that businesses may demand if you choose to pursue a career in welding. The American Welding Society (AWS) establishes the current standard for the American welding industry. The AWS offers a certification that examines welders’ practical experience, credentials, and ability to conduct specified welding tasks.

Our lesson on the Bronze, Detroit, and the history of welding proves that welding has been a part of human civilization for a considerable amount of time. Luckily, we can do more than make small gold cylinders in today’s world. With tools like the high-torque hydraulic wrench at SEC Industrial, there’s no shortage of welding tasks you cannot do. Please contact SEC Industrial, your most-trusted source in orbital welding, if you have any questions. 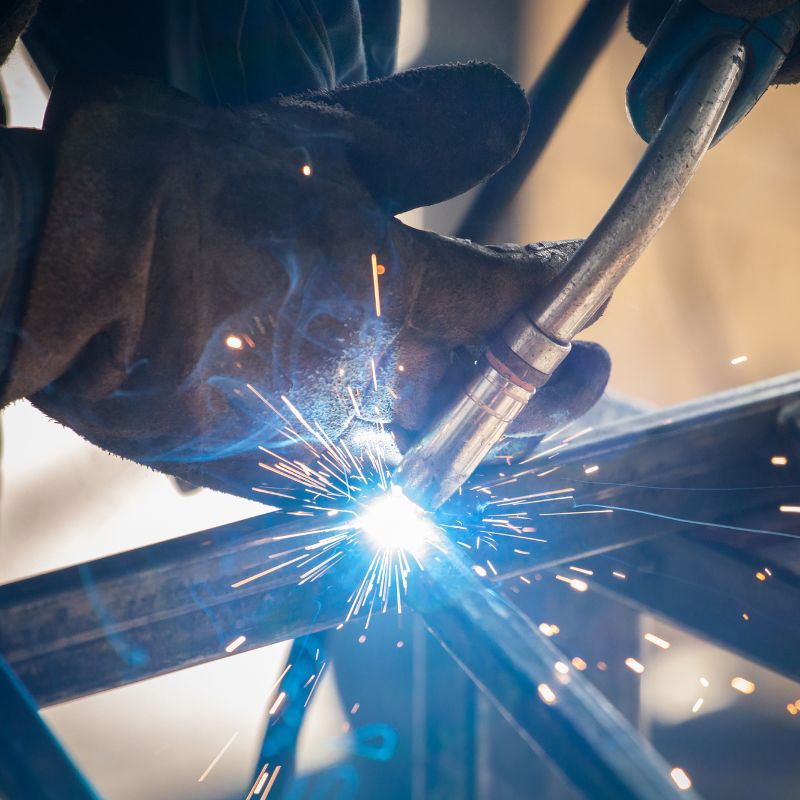 Previous post
« Ergonomics & Welding: Why They Go Together
Next post
5 Reasons To Upgrade to an Automated Pipe Spool Welder »